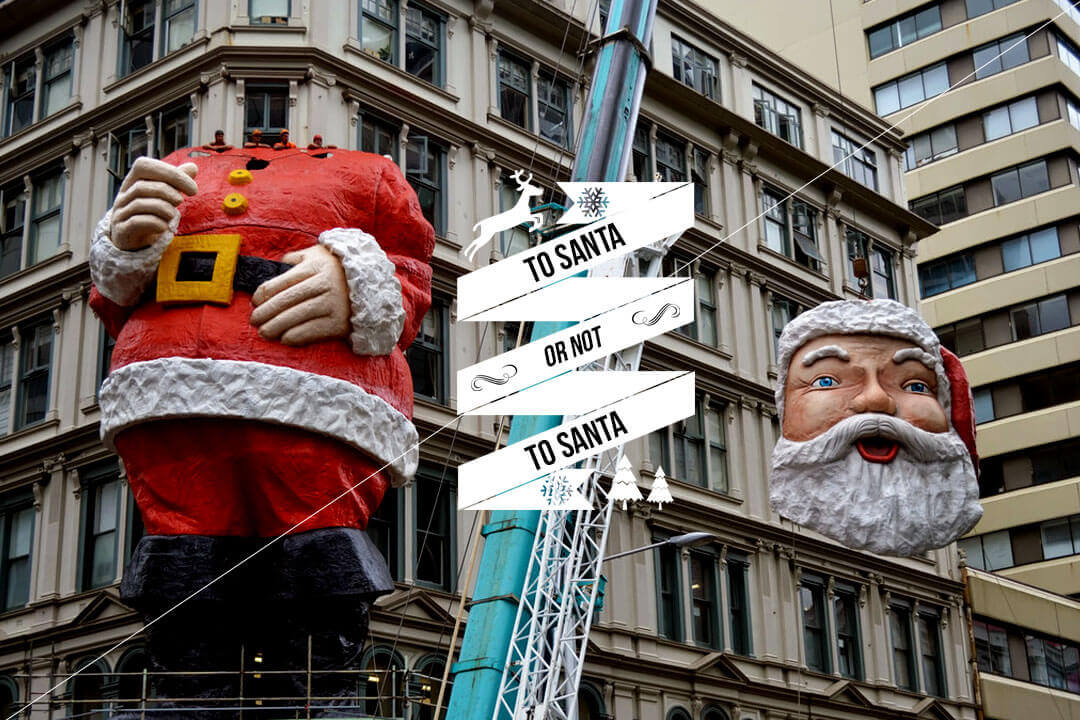 If you have kids you are faced with the challenge of wether or not you should tell them about Santa or not? You are damned if you do and damned if you don’t by people around you but what is the best way forward?

Let me share with you what we decided as a family. Feel free to use it or to ignore it but it has helped us.

Santa is everywhere in our culture. Swipe on your phone, switch on the tv and the white bearded round belly red suit man is everywhere. Still we decided not to reject it neither to receive it completely but rather to redeem it.

We tell our princess that Santa was a real person, who lived a long time ago. He however never had flying reindeer and weird little elves with magical powers. In other words we separate truth from fantasy when we chat to her.

We do however have fun and make use of our imagination which God gave us to enjoy the festivities like dressing up and giving giving gifts. She can watch the cool movies about Santa etc. The big concern that we have, was that we didn’t want to lie to her. It’s only fair as we have also asked her not to lie to us as her mum and dad.

He was born in the third century in Patara, a village in Turkey. He was raised as a follower of Jesus and comes from a wealthy family. After his parents death he decided to spend his inheritance on helping the poor. He gave gifts to kids & filled socks with goodies.

He was a much-loved Christian leader and became the Bishop of Myra. Nicholas reportedly also traveled to the Council of Nicaea, where he helped defend the deity of Jesus Christ in A.D. 325. He was canonised as a saint after his death on December 6, 343. The anniversary of his death became the St. Nicholas holiday when gifts were given in his memory.

He was a great guy who loved Jesus very much. So we include him when we tell our princess about the birth of Jesus as an example of how giving is better than receiving.